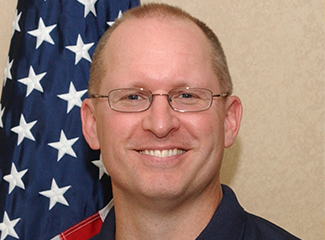 U.S. Army Reserve and OTA Board Member
Col. John Dowling is entering his sixth year as a member of the OTA Board of Directors. As career Army Reserve officer, John currently serves with the Military Postal Service Agency (MPSA) in Alexandria, Va. He brings more than 30 years of military experience in the Army Reserve to OTA, predominantly working in public affairs and human resource management. He’s completed two overseas deployments to Bosnia and Kuwait, along with two stateside active duty tours. He has successfully commanded units at the company/detachment and battalion levels, in addition to several other primary, special and personal staff assignments.
As a civilian, John has worked in public relations and communications in the greater Western Pennsylvania area for more than a decade. He is currently the Recruiting Operations Officer at West Virginia University (http://armyrotc.wvu.edu/) where he graduated and received his officer’s commission in 1989. Immediately prior to this position, he was the director/military liaison of the Combat Stress Intervention Program (CSIP) at Washington & Jefferson College where he handled day-to-day administration of a three-year DoD research program to investigate combat stress disorders and post-deployment transitional challenges in National Guard and Reserve troops in Southwestern Pennsylvania.
Prior to CSIP, Col. Dowling advocated on behalf of veteran’s employment and veterans in business concerns as a managing editor/policy director for Victory Media Inc. (www.victorymediainc.com), a veteran-owned publishing company in Coraopolis, Pa. A Canonsburg, Pa., resident, Col. Dowling was instrumental in the launch of the National Veteran-Owned Business Association (NaVOBA  www.navoba.com). He is also a graduate of Carnegie Mellon University and the U.S. Army Command & General Staff College.